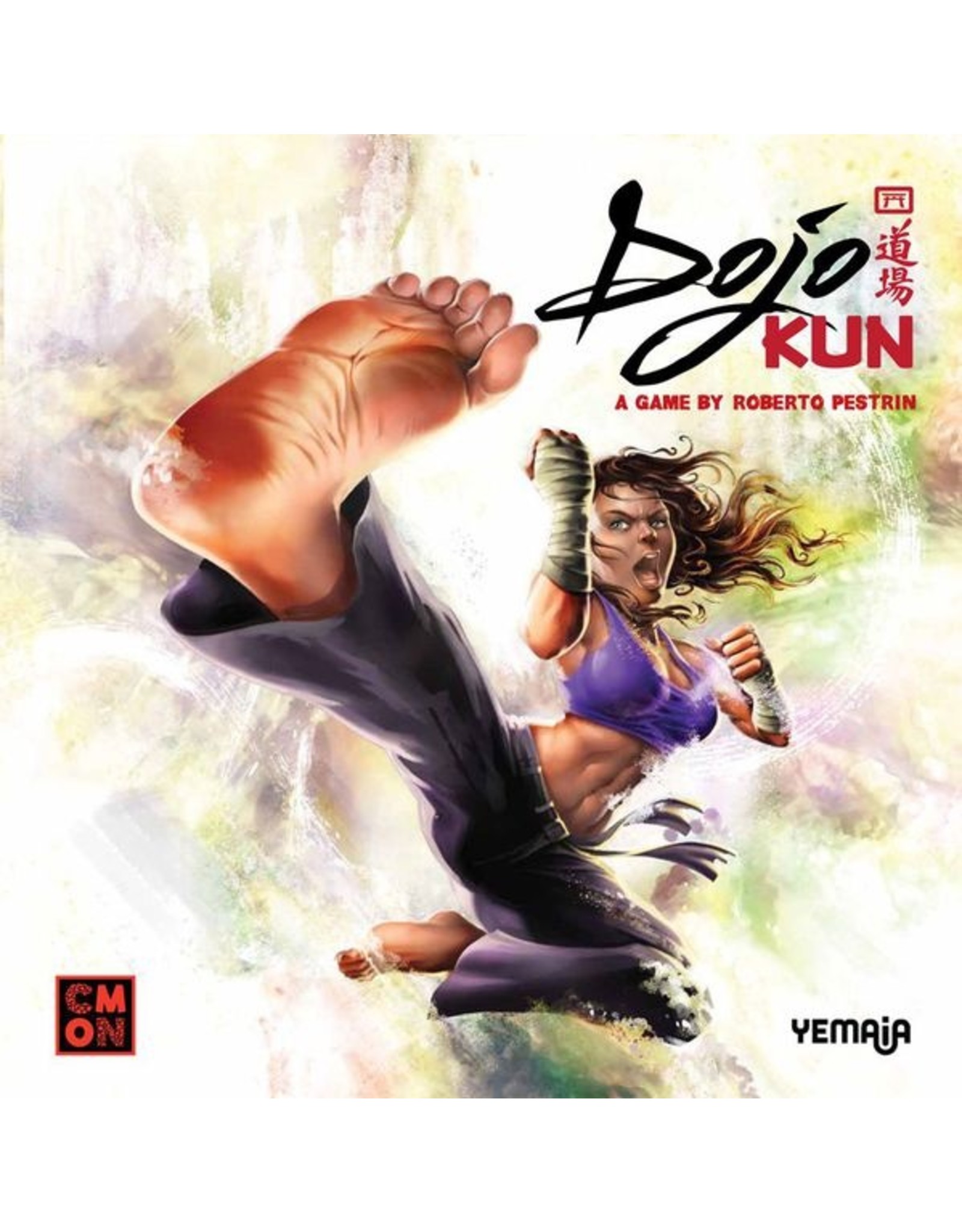 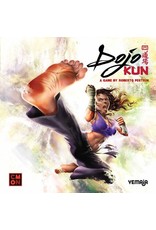 "Dojo Kun" means "Dojo Rules" and is a set of principles that guide the physical and spiritual development of the martial art practitioners. Dojo Kun is a game in which each player heads one of the four dojo (Tiger, Crane, Bear, Cobra). The main goal is to train your athletes and attract new ones, buy new training machines, expand your dojo, find adventures, and eventually lead your athletes into winning the martial arts tournament.

The game is divided into two seasons. During each season there are three preparation turns based on worker placement mechanics in which you will manage your dojo and train your athletes.

During the season, the athletes can also learn special techniques by visiting one of the ancient masters hidden in the central part of the board. Each season ends with the martial arts tournament, where each dojo can send up to two athletes. In case of empty slots in the tournament, athletes from the fifth dojo (the Skull Dojo) will attend. (These athletes are managed by the game and can even win the tournament!)

Combat between athletes is simulated by throwing a set of custom dice. There are four different dice, one for each fighting technique. Players will roll dice according their athlete's experience level (Dan): the higher the Dan, the higher the chance of winning the match! Before a fight, the players that are not attending can predict the winner of that fight to gain prestige.

The tournament ends with the grand final in which a new champion will be crowned. At the end of the second season the Dojo with most Prestige Points will win the game.