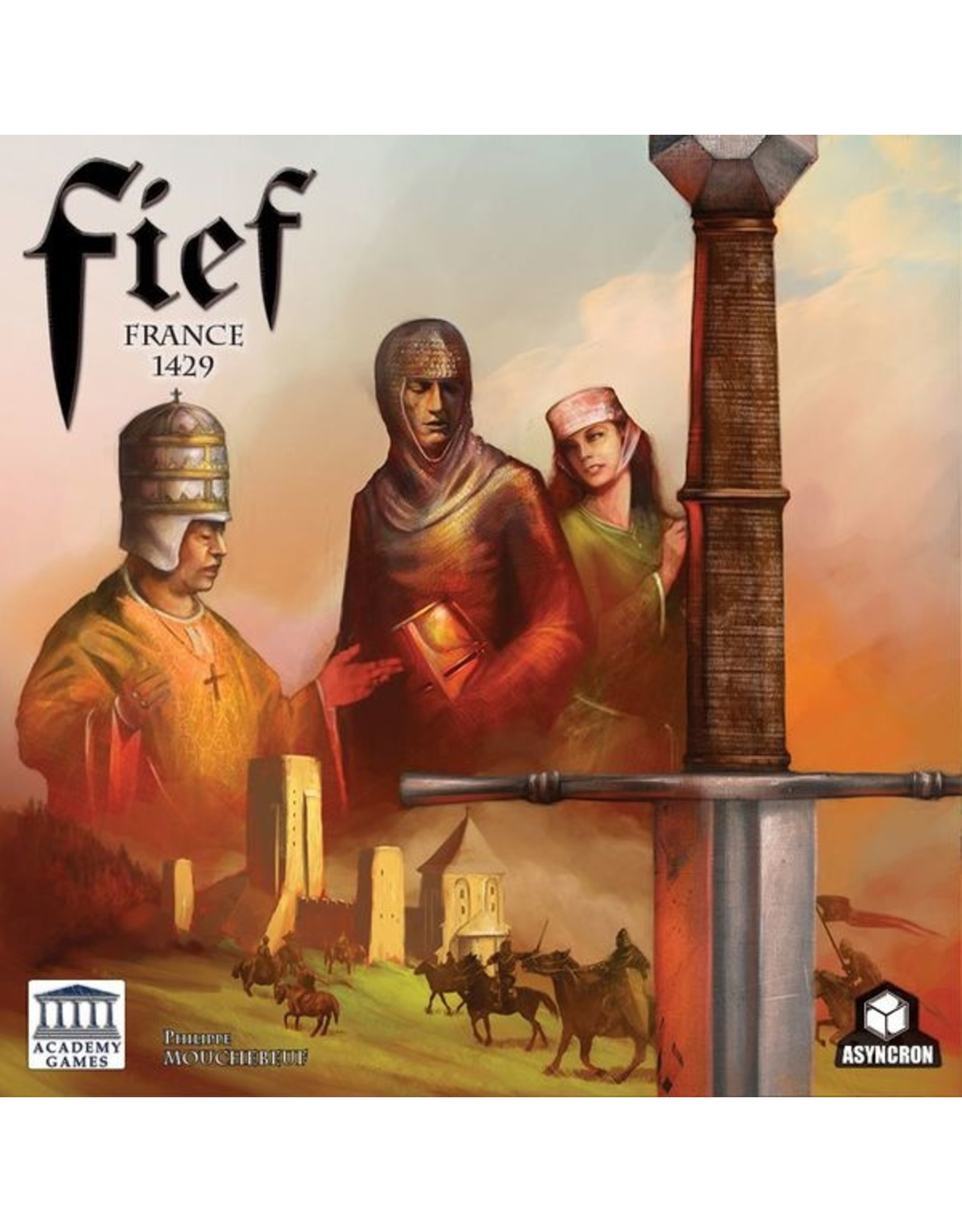 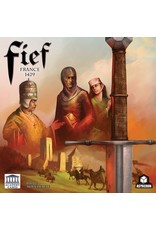 Fief: France 1429 is a game of dynastic ambition in which players assume the roles of nobles in the 15th century kingdom of France. Each player strives to become the most powerful ruling force in the kingdom by gaining control of Fief and Bishopric territories. In turn, they acquire Royal and Ecclesiastical (church) titles which give their families influence to elect the next Pope and King. Players strengthen their positions by negotiating marriage alliances between their families, setting the stage for love, treachery and deception!
Fief is a classic French-language game and is being re-introduced by Academy Games in English with updated rules, new units, a new and larger consolidated map, and more. This edition also includes additional components, which enhances game play.

The game board represents a portion of the Kingdom of France in the Middle Ages. Villages have square outlines that are connected by roads that allow Lord and Troop movement. The villages are grouped into eight colored background areas that represent individual Fiefs, which are domains given to Lords to preside over. Fiefs have different colored backgrounds and Bishoprics have heavy bordered outlines that include several different Fiefs. Each village also belongs to one of five church Bishoprics; each Bishopric is outlined with a heavy border line and is numbered between 1-5 along the edge of the board inside a Bishop's Mitre.

Each player controls up to four family members, comprised of male and female nobles. These family members will rise in power by gaining Royal and Ecclesiastic Titles.